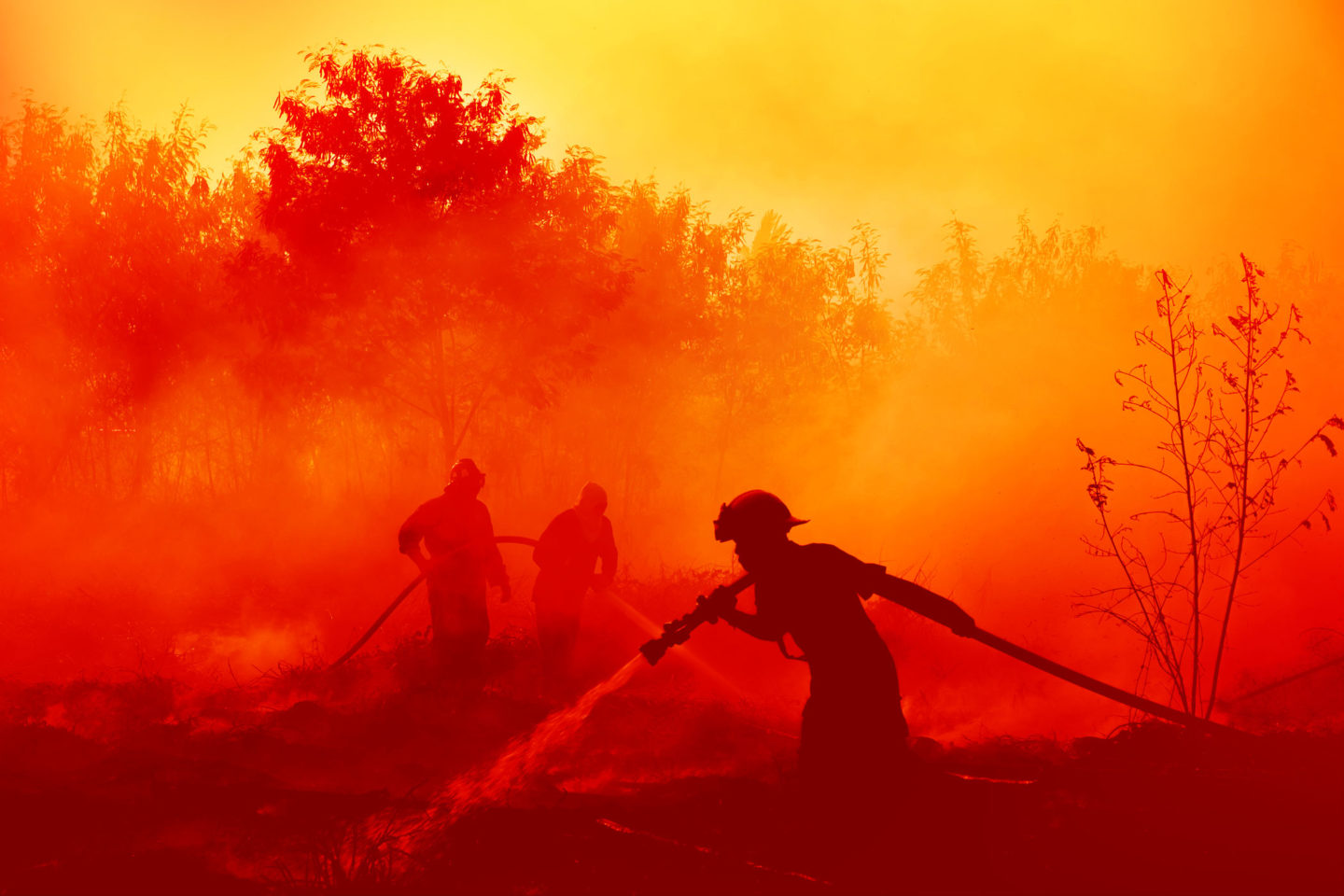 When Verizon unveiled a range of so-called unlimited plans last year, it seemed to be giving in to what most of us had already figured out: ISPs and cellular providers don’t really know what “unlimited” means. If you thought throttled speed was just an inconvenience that kept you from finishing all of Game of Thrones on your commute, though, it turns out that the practice has much more serious consequences. The Santa Clara County Fire Department was literally fighting wildfires when Verizon throttled the bandwidth it relies on for coordinating its emergency response, forcing firefighters to spend time rerouting communications through their personal devices.

According to SCCFD Chief Anthony Bowden’s statement in a brief filed in conjunction with states’ net neutrality suit against the FCC, “The Internet has become an essential tool in providing fire and emergency response, particularly for events like large fires which require the rapid deployment and organization of thousands of personnel and hundreds of fire engines, aircraft, and bulldozers.” The SCCFD’s fleet of vehicles are equipped with wireless devices that allow firefighters to plan and execute complex operations over a large area of terrain, often in life-threatening conditions. In June of this year, a specialized unit, nicknamed OES 5262, was deployed to the Mendocino Complex Fire, the largest fire in California’s history.

During an effort like the one still underway in Mendocino, where 726,000 acres have burned and about 2,000 structures been destroyed, OES 5262 transmits anywhere from 5 to 10 gigabytes per day. When the SCCFD realized that Verizon had throttled its speed, despite already being on a plan intended for public utilities, it immediately contacted customer service. It told Verizon that it needed its service restored for public safety purposes, since poor data transmission speed “can slow response times and… translate into devastating effects, including loss of property, and, in some cases, loss of life.” Verizon responded by email suggesting that the fire department upgrade to another plan:

SCCFD’s exchange with Verizon went on for weeks. (This really puts your own customer service horror stories into perspective, right?) Even according to Verizon’s emails emergency responders like the SCCFD are meant to “have access to plans that do not have data throughput limitations.” However, even in the case of public safety, unlimited does not mean unlimited, and ultimately the SCCFD subscribed to a plan that would charge per gigabyte.

Many of us have been outraged by the FCC’s planned end to net neutrality and the increasing costs and privileging of major corporate media outlets it will bring – not to mention the deeper entrenchment of the large ISPs. These concerns are well-founded, but the SCCFD episode illustrates an even more immediate threat that comes with ISPs’ increased power to allocate bandwidth. And that’s why the SCCFD has joined the suit against the FCC, stating in no uncertain terms that unless stopped, centralized corporate ISPs “will continue to use the exigent nature of public safety emergencies and catastrophic events to coerce public agencies into higher cost plans ultimately paying significantly more for mission critical service–even if that means risking harm to public safety during negotiations.”

The SCCFD’s brief is part of a suit filed by 22 states and the District of Columbia claiming that the FCC’s decision will harm consumers and that it does not have the power to keep states from making their own net neutrality guidelines. It is another flank on the battlefield, joining the Senate’s January vote to block the GOP-weighted FCC decision. Since the current House is unlikely to concur with the Senate, and since Trump could issue a veto anyway, the lawsuit may be net neutrality’s last chance.

But if the courts and Congress fail to guarantee net neutrality, players in the decentralized mesh networking space are likely the next recourse. They are already at work providing alternatives for secure, encrypted messaging and their use for public safety is also on the rise. The Colorado Division of Fire Prevention, for example, recently used goTenna Pro to provide tactical communications to a team investigating smoke reports. Deployed by truck and helicopter, team members used phones paired to the goTenna Pro devices to communicate and maintain situational awareness as they joined the Tabeguache Fire response in Uncompahgre National Forest. When the team went out of range of cell service, goTenna Pro’s mesh networking allowed the team to remain in contact, ensuring that ground units were positioning themselves safely as the fire grew from 2 to nearly 500 acres.

Decentralized networks establish their own connections and the technology itself sets the operating parameters. While any decentralized mobile mesh network has data throughput limitations, they are a matter of physics – not Verizon’s bottom line or the FCC’s politics – and advances in technology allow goTenna and others to continually push those limits. Network communication systems that do not rely on centralized players have already been put to use after natural disasters and in hard-to-reach areas that large ISPs may not see as profitable. As net neutrality becomes more and more a memory, the domain of these decentralized and distributively owned systems is likely to grow.