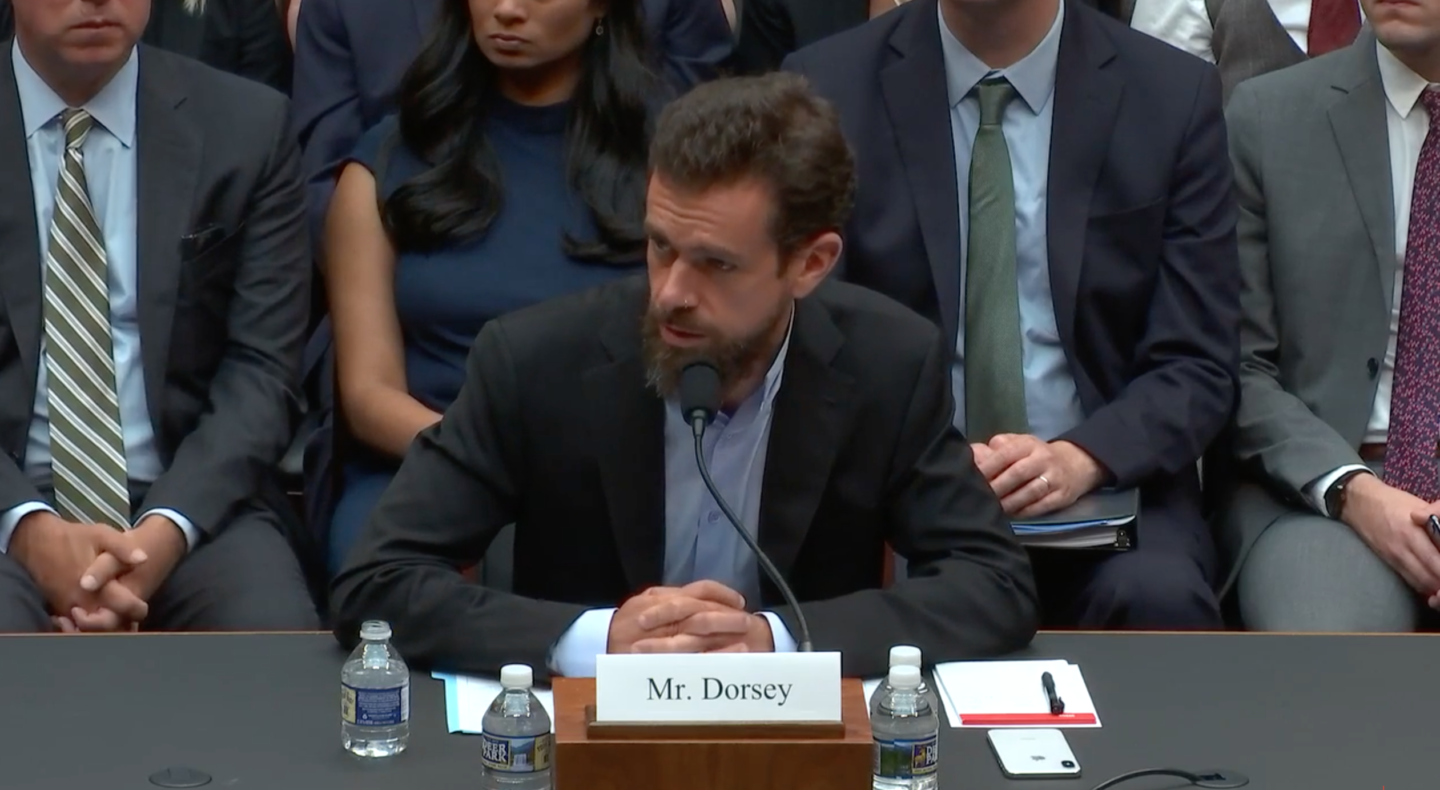 Did Twitter CEO Jack Dorsey, testifying yesterday before Congress, drop some hints that he’s considering a blockchain-backed financial incentive structure on the platform?

We definitely can’t say for sure – but it kind of sounded like it to us! As usual, the day-long hearing saw a mix of soapboxing, softball questions, and canned responses, so we wanted to highlight a couple things in case you missed it.

First, an exchange between Dorsey and Representative Doris Matsui (D-CA):

Matsui: You previously expressed interest in the broad applications of blockchain technology, including potentially in an effort to verify identity to fight misinformation and scams. What potential applications do you see for blockchain?

Dorsey: First and foremost we need to start with the problems that we’re trying to solve and the problems we’re solving for our customers and look at all available technology in order to understand if it could help us accelerate or make those outcomes much better. Blockchain is one that I think has a lot of untapped potential, specifically around distributed trust and distributed enforcement potentially.

What did he mean by distributed enforcement? Well, earlier in the hearing, Dorsey had been asked by several representatives how Twitter could possibly keep up with the growing number of bots and misleading accounts. Dorsey suggested new algorithmic and technical tools to detect such corrupt activity, but also acknowledged the continued need for human beings to do some of this work. Representative Frank Pallone (D-NJ) asked how much Twitter pays the hundreds of employees who already have this job, but Dorsey declined to answer.

It sounds like growing the team of humans responsible for this work could mean distributing this work among users on the blockchain, and not just increasing the content-review staff. Does Dorsey imagine these user-reviewers would do this for free, or does he see some kind of compensation?

Dorsey wasn’t asked this question at the hearing and did not explicitly address it. However, here’s what he did say:

We all have to think a lot bigger, and decades beyond today. We must ask the question: What is Twitter incentivizing people to do, or not do, and why? The answers will lead to tectonic shifts in how Twitter and our industry operates…

We need to understand what healthy participation looks like in the public square and we need to amplify that… what are we incentivizing [users] to do?… This certainly speaks to the buttons we have on our service, all the way to our business model.

Right now, Twitter’s business model can perversely incentivize engagement with hateful or inaccurate content. That’s what Dorsey means when he refers to “the buttons we have” – rather than incentivize retweet and follower numbers for the sake of ad revenue, he wants to reimagine how incentives fit within the business model, aiming instead to promote constructive dialogue in a healthy public square.

Incentivizing people to help verify or ensure quality of content may cost something. But remember that Dorsey is also founder and CEO of Square, a payment system that has accepted bitcoin since 2014, that he’s a bitcoin investor himself, and that he believes bitcoin should become the native currency of the Internet. Given all that, it’s easy to imagine that crypto-economic incentives could have a home at Twitter. Plenty of newer blockchain-native apps are premised on crypto token micropayments that incentivize user engagement, but it would be an unprecedented move for such a large company – which may be precisely what Dorsey means by a tectonic shift.

Dorsey knows shareholders will cringe to hear he’d risk disrupting a business model that is working, and indeed Twitter’s stock price fell 6% during the course of the hearing. But Dorsey insisted that doing the right thing for the digital public square in safeguarding the quality of content is “a long-term growth vector;” he believes Twitter, and its stock price, will stomach the rocky journey.

Observers have prophesied the death of Twitter since almost before its birth, but who knows? Maybe it’s still a child and we’ll soon witness its coming of age as the first tech giant to meaningfully embrace the blockchain.