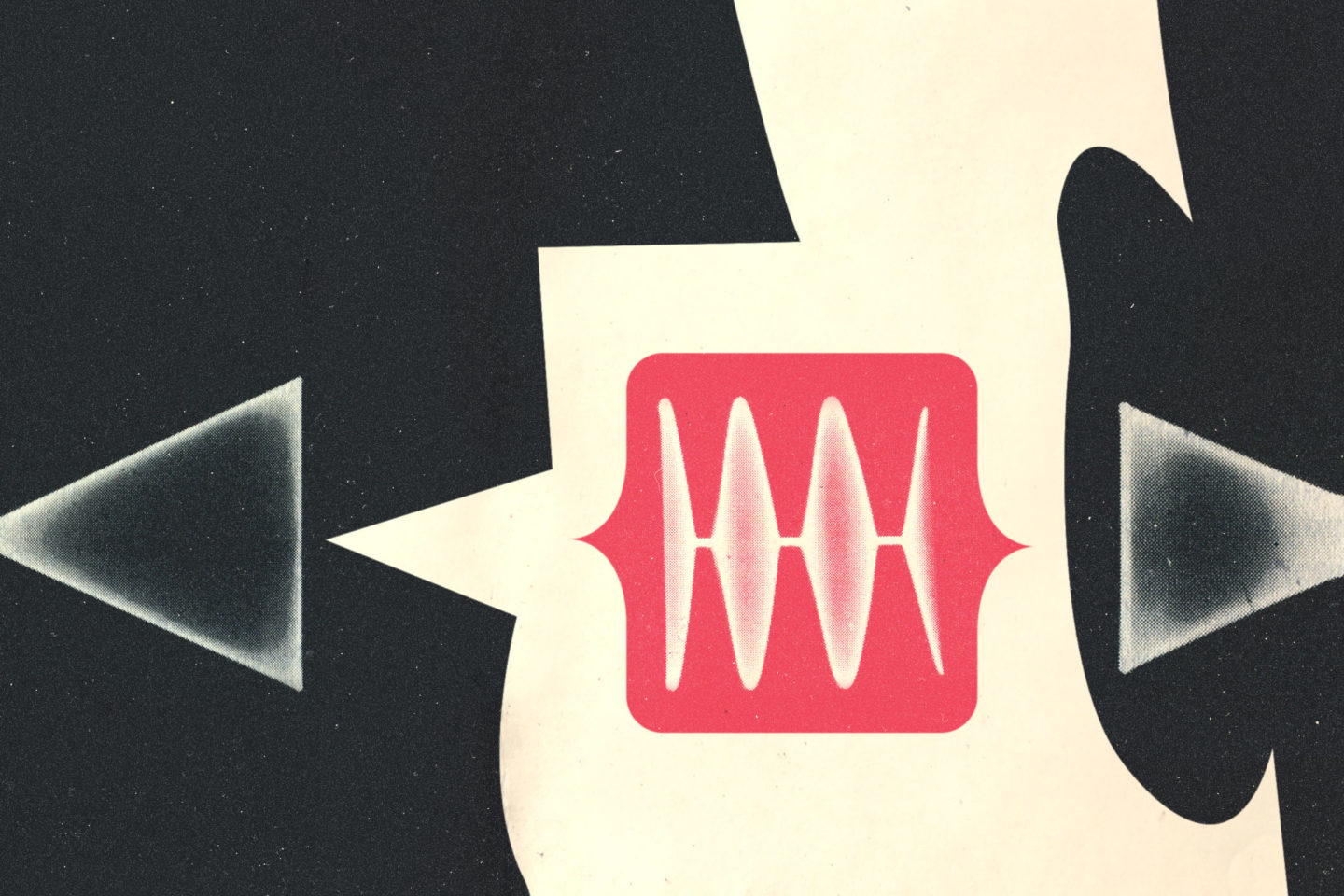 Gossip sits on the border between truth and untruth, between public and private. Official institutions of power have historically viewed it with a suspicious eye — unlike “good” journalism or academic research, gossip doesn’t verify its sources. Instead, it travels rapidly and anonymously through informal social networks. Our culture considers gossip to be the purview of marginalized groups — women and the poor — and its negative reputation has served to constrain and dismiss the voices of the powerless.

But in today’s information ecosystem, built around rapid dissemination and the commodification of attention, we can no longer afford to write it off as marginal or trifling. In the accelerated context of digital networks, gossip is both a central commodity within the attention economy, and a destabilizing force in the ‘post-truth’ political landscape. We would do well to make an effort at understanding the power and its pitfalls of gossip in our digital culture.

It can be difficult to pin down a precise definition of gossip, though many artists and academics have tried. One such attempt came from conceptual artist Ulises Carrión in his 1981 project “Gossip, Scandal, and Good Manners,” which produced a set of terms and tactics that might be useful in understanding how gossip operates in networks today.He defined gossip as an erratic, informal and collectively-created communication system that transcends the limitations of the closed artistic work. Carrión concocted several bits of gossip about himself which he then attempted to spread throughout his home city of Amsterdam. He recruited ten collaborators who were tasked with spreading the dubious news over the course of a few months, all of whom were given notebooks in which to record their findings and track its dissemination. He said that his goal was to create “not gossip as art, but art as gossip.”

The project also incorporated a series of hand-drawn diagrams distinguishing gossip from related forms of communication, like rumor, scandal, and slander. In one series, he shows gossip as an information chain, rumor as a by multiple movement, scandal a growing intensity, and slander characterized by the presence of a definite target.

Another series examines the directionality of each information structure: gossip evolves freely; rumor progresses according to a chaotic principle, scandal is marked by the intensity of its radiation, while slander appears as a concentrated effort.

In her 2006 work Knowledge Goes Pop, cultural critic Clare Birchall looks to gossip’s erratic flows as a way to reconfigure the relationship between legitimate and illegitimate forms of knowledge. She writes, “Gossip, far from being a contaminating force that needs to be kept in check or an aberrant, improper form of knowledge external to knowledge proper, is at the heart of cognition.”

Canadian conceptual art group General Idea parodied celebrity gossip in the Buzz Buzz Buzz section of their magazine, FILE, by collaging various party photos into reports of one big, fabricated party. According to General Idea member AA Bronson, “People would get mad at us. They’d say, ‘How come I wasn’t invited to that party?’ but that party never actually happened.”

Bronson’s anecdote highlights gossip’s ability to unsettle the thin barrier between fact and fiction. Though Bzzz Bzzz Bzzz is clearly a send-up of the celebrity tabloid press, General Idea adopts its tactics to spark an awareness of how these magazines function.

Can gossip be an act of resistance?

Although they all approach the topic from different perspectives, Carrión, Birchall and General Idea all fit gossip into a lineage of thought that attempts to vindicate it, if not as a positive social force then as a means of resistance. Gossip may be stereotyped as nasty and demeaning, but such scholars have pointed out that positively-inflected gossip can play an equally important role across social networks. Anthropologist Max Gluckman’s 1963 text “Gossip and Scandal,” from which Carrión’s project likely takes its name, suggests that “gossip, and even scandal, have important positive virtues. Clearly they maintain the unity, morals, and values of social groups.”

It is also important to consider not only how gossip works, but who does the gossiping. Feminist scholars have pointed out that Western prohibitions against gossiping have caused its practice to be unevenly distributed across the social sphere. Labeling it as baseless, unscrupulous, and morally questionable is often a euphemistic way to level discriminatory remarks against groups that are frequently chastised as being gossips. As Hannah Black writes, “Hatred of gossip is hatred of women talking to each other,” noting that gossip is a form of emotional labor through which communities of women heal one another amidst the daily abuses of patriarchy.

At their best, these resistance narratives reveal what kinds of conversations — and what kinds of people — are excluded from the masculine public sphere. Writing in 1994, feminist scholar Maryann Amin similarly argues that “Those who remain shut off from the bastions of commonly recognized social and political power will continue to look to gossip as one form of inquiry, knowing, and power available to them as other forms are not.”

Gossip’s erratic flows are a way to reconfigure the relationship between legitimate and illegitimate forms of knowledge.”

To champion gossip is one way of supporting the communities that gossip conjures at society’s margins, but this line of reasoning relies on the same sets of binary oppositions it is meant to critique. If an argument frames men as the arbiters of “proper” knowledge and women as gossips, it is conceding the very worldview that the dominant, white, patriarchal structure uses secures its power. More productive would be to consider the ways that gossip circulates within institutions of power, how it attaches itself to capital, and how it is spoken by the privileged and marginalized alike.

A deeper analysis of gossip requires that we look at the social and technological networks through which gossip is shouted and whispered, transmuted and mediated. Print, telephone, television, and online social media all configure new relationships between the public, the private, and the personal. When we move to today’s digital systems, gossip’s abilities to unsettle assume an ever more urgent role. Gossip flows through the center of contemporary debates about the relationships between politics and platforms, data and power. As Birchall notes, gossip has become a “dominant mode of knowledge exchange itself, wholly in keeping with the demands of a modern knowledge economy.”

On the forums of the early Internet, user-driven discourse and feedback may have seemed like a democratic alternative to pre-digital centralized media. But today, gossip is a pervasive fixture of social media, from fake news to call-outs and viral videos. Digital gossip is both profitable and computationally parseable, feeding the machine-learning algorithms of companies like Facebook and Google (and other shadowy firms with access to their data.) We become more and more aware every day of the serious political consequences our “idle chatter” can have.

“It is clear that gossip, like conspiracy theory, can have both conservative and radical manifestations,” writes Birchall. Such an observation foreshadows a post-truth media environment where clicks drive advertising revenue and memes rupture traditional modes of political engagement. Online formats like memes and trolling share with gossip a rapid dissemination and an unstable relationship with verifiable truth. We must reckon with the fact that viral content can be exploited to spread misinformation, amplify hate speech, and be used to sow division and suspicion.

Consider the ways that gossip circulates within institutions of power, how it attaches itself to capital, and how it is spoken by the privileged and marginalized alike.”

But at scale, these tactics depart from conventional, peer-oriented gossip. Jayson Harsin uses the term “Rumor Bomb” to describe the contemporary collision of rumor and political communication. He identifies four key characteristics of the Rumor Bomb: a crisis of verification, a context of public anxiety or uncertainty, a clearly partisan (if anonymous) source, and rapid electronic diffusion. The “post-truth” political landscape is full of craters from where Rumor Bombs have fallen, from climate-change denial, to flat-earth theory, from Pizzagate to the meddling of Russia’s Internet Research Agency to influence the 2016 U.S. elections.

If we are to reclaim gossip, we must be mindful of both the the content of our gab and the structure of our gossip networks. Although today’s digital infrastructures have distorted the character of gossip, recent experiments with alternative platforms and peer-to-peer browsing propose more horizontal and intentional approaches to everyday communication. The decentralized social network Scuttlebutt, for instance, explicitly uses the language of gossip to describe how users interact, merging the computational concept of gossip protocols with the social meaning of gossip between friends.

Technical solutions are not political ones, and new digital imaginaries are not immune from abuse. Still, these alternative networks might foster a kind of gossip that is informal, person-to-person and may lay the foundations of new communities.

Sarah Hamerman is an art librarian and researcher based between New Jersey and New York City. Find her online at sarahamerman.com, or on Twitter at @srhhamerman.