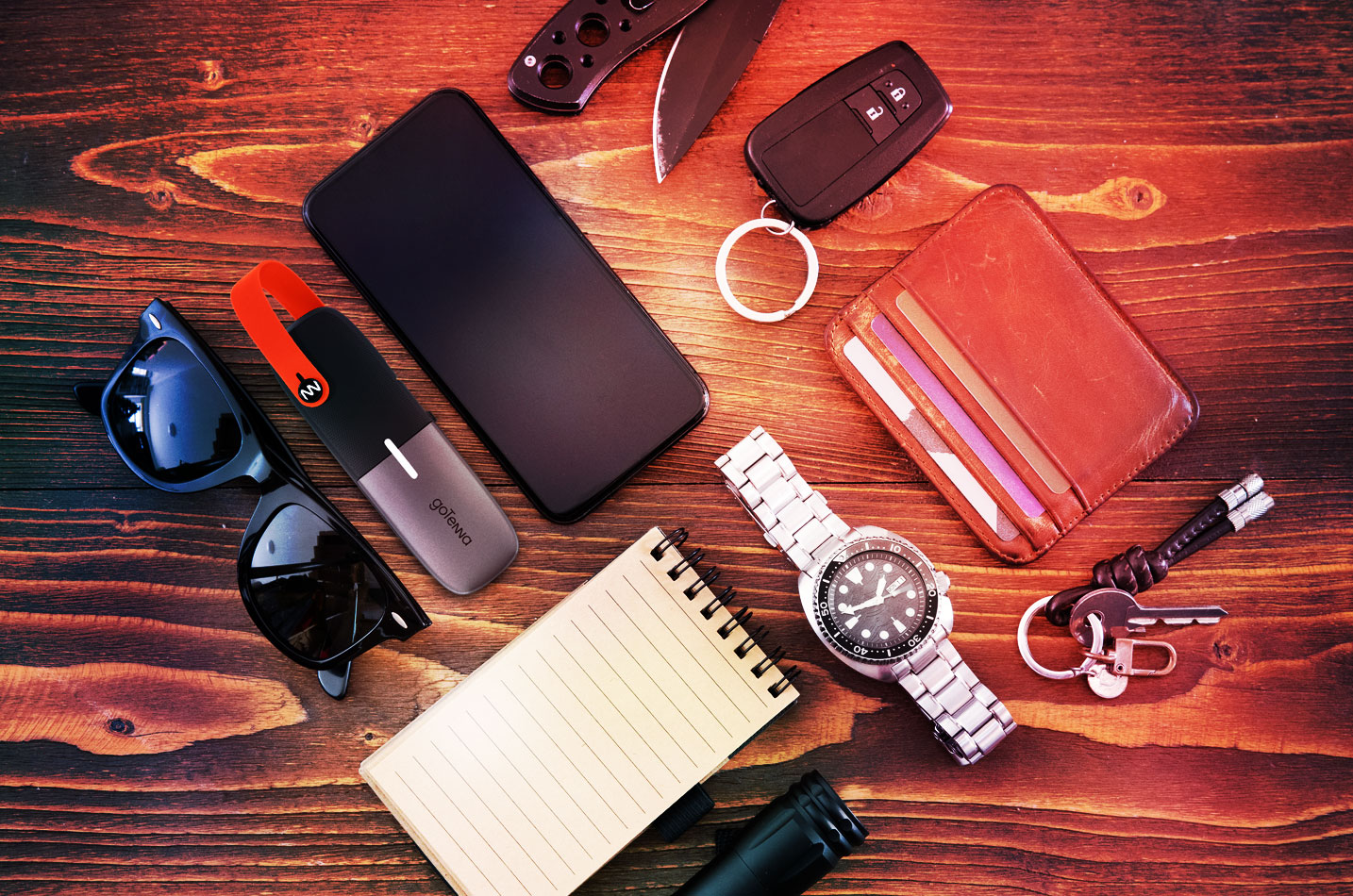 As a college student, I generally carry the same things every day. If I need to buy a coffee before class to perk up a bit, boom, my wallet is right there in my back pocket. If I need to drive over to the store quickly to pick up some groceries, or get into my house after a long day, my keys are right there in my left pocket. Every morning, I get up, brush my teeth, throw my clothes on, and put these items in the same exact pockets before I head out the door, like clockwork.

It wasn’t until recently when I discovered that there’s a whole community of people, better known as the EDC community or “EDCers,” who share a deep passion for these simple items I overlook, and truthfully, take for granted. I have never really thought about the deeper purpose behind what items I carry every day or why I carry them. 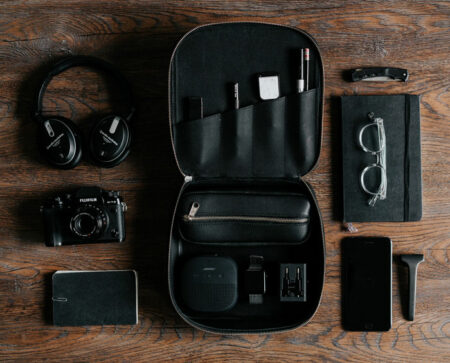 In its simplest form, everyday carry (EDC) is a collection of useful items that are consistently carried every day. If you search #edc on Instagram, over 11 million posts come up with different people showcasing their own EDC. You will see pictures posted by hikers, backpackers, survivalists, preppers, and travelers. You will also see posts from tech enthusiasts, delivery drivers, sports fans, students, and doctors. The unique thing about EDC is it’s personal, so it looks different for everyone. However, it all rests on the notion of being ready and being prepared for the next day at work, the next trip or the next hike. These items include wallets, key rings, watches, knives, flashlights, multitools, and pens.

The logic behind EDC is pretty self-explanatory; these simple items help us solve recurring daily problems. However, there’s an even deeper-rooted function that EDC establishes. While these everyday items help us solve problems in the now, they also help give us an edge in being prepared for the future. I emphasize the word prepared  because we can never really know what will happen in the next hour, two, or three until it actually happens.

Unsurprisingly, EDC has taken a major technological turn with the addition of items like cell phones, speakers, headphones, and portable chargers. In a society that now revolves around technology, problems we face today look entirely different from the problems our parents and grandparents faced. Currently, over 7 billion people worldwide now own a cellphone. Studies have shown that 36% of people check their phones constantly, while 54% of young adults are checking constantly. Furthermore, 44% of Americans say they couldn’t go a day without their mobile devices.

What these statistics suggest is that it makes complete sense why cellphones have become an essential part of EDC. As comedian Dave Chapelle stated, modern problems require modern solutions. He’s not wrong. Connectivity and communication have become vital aspects of how we live our daily lives. Our phones have become an extension of who we are, and more importantly, how we operate on a daily basis. They have become the go-to tool for a lot of people, like me.

But for the EDC community, average adults, or students like me, what happens when our cellphones aren’t working how they’re supposed to? How do we stay prepared when such an integral tool we utilize every day isn’t there to help us when things take a turn for the worst? We rely so much on these devices to help us solve a number of our daily problems that in some of the most pressing situations, they simply aren’t there to back us up.

Here’s where we welcome goTenna Mesh.

What is goTenna Mesh? 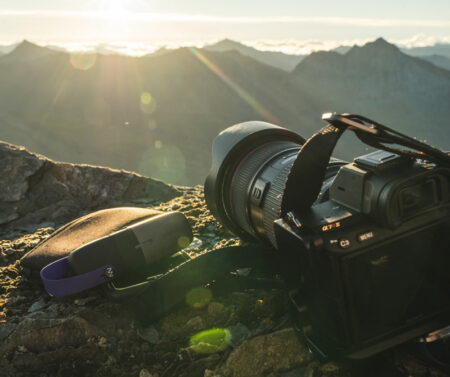 goTenna Mesh is a device that operates by establishing a mesh network of peer-to-peer connections, giving users the ability to send messages by bouncing them along a secure and encrypted chain until they reach their recipient. Unlike cell phones, goTenna Mesh devices do not need internet or cell towers, they only need the antenna inside the Mesh device and the Bluetooth connection to a cellphone or similar device. What that means is whether you’re in the middle of a city, or completely off-grid, goTenna Mesh gives you complete connectivity and situational awareness at all times.

Three reasons why goTenna Mesh should be part of your EDC 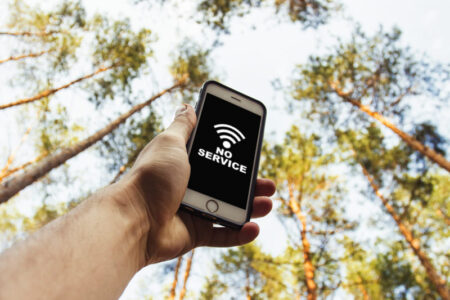 One of the first steps in being prepared is having the right tools on you that don’t rely on something else to work, because that only leads to extra hurdles we might have to deal with. However, the addition of cellphones to EDC presents challenges; they simply don’t operate like their EDC predecessors, as they rely on central communication infrastructure such as cell towers or wifi in order to work properly. As most of us know, when wifi or cellular is absent, cell phones simply do not function properly.

In our world today, being prepared means expecting the kinds of scenarios where our cell phones don’t work, which also means having a backup communication device at the ready. Adding goTenna Mesh to your EDC arsenal gives you that most-needed connectivity when your brand new $1,000 iPhone doesn’t work.

2. You’ll be ready for unexpected emergencies

As humans, we’re spontaneous. We’re explorers. We never know what we’ll find ourselves getting into as our day moves along, but there is no reason to not be ready if things take a turn for the worst. Being ready means not only being equipped with the tools you might need, whether you actually end up using them or not, but having the confidence to execute a plan when you’re least expecting it. That’s why EDCers carry the same things every day; they don’t know what will happen, but they’re sure ready for when something does.

goTenna Mesh helps give us that edge in the unexpected. By giving users the ability to send messages and track precise locations in some of the most extreme circumstances, goTenna Mesh not only helps us stay prepared in case anything happens but helps us stay ready and confident in the case that something does.

3. It packs light and pairs with your phone on the spot

Whether you’re in the middle of a city or completely off the grid, it’s in these times and places when cellular service becomes spotty and relying on central communications infrastructure is simply unfeasible. In these situations, you need something effective, yet practical, because carrying around an expensive and bulky satellite phone simply does not fit the EDC repertoire. 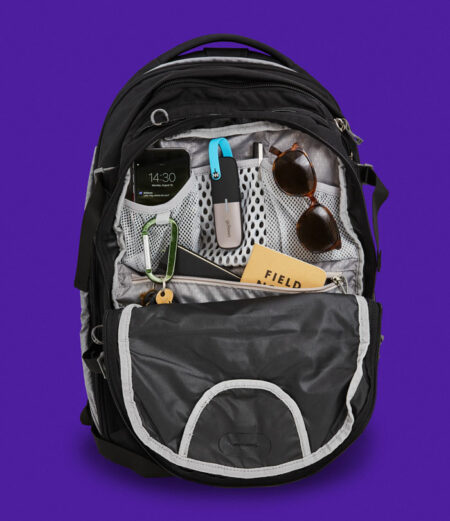 goTenna Mesh is practical. At less than $200 and weighing only 1.7 ounces, goTenna Mesh’s small and sleek profile maximizes space and minimizes weight, all without breaking your bank account. Throw it in your pocket, bag, or purse, and it’s basically not even there – that is until you need it, and it actually is right there.

Tavi Klein is a marketing specialist intern at goTenna. He is a current senior attending the University of North Carolina at Chapel Hill studying Media and Journalism with a concentration in Advertising and Public Relations.