A common type of question I get when talking about mesh networks concerns how we could ever create a truly decentralized world-spanning mesh network. How would you route messages through sparsely populated areas, over high mountains, or across oceans? Doesn’t routing between millions of mesh nodes quickly become an intractable problem and require large amounts of computation and storage on your mesh device?

Gateways that connect different decentralized networks are another way to expand the reach of mesh networks. For example, a gateway between mobile devices using the goTenna Mesh network and fixed community mesh networks like those of the Althea Mesh or the NYC Mesh projects would be one way to achieve internet access without directly using a centralized internet connection.

Blockstream and goTenna recently announced a project that provides an excellent demonstration of how a gateway between different networks can leverage the benefits of both. The TxTenna-python project integrates a goTenna Mesh device with an off-grid Bitcoin full node connected to the Blockstream Blocksat satellite system.

What this means for users is that they will be able to receive blockchain data to confirm transactions via a satellite and send new signed bitcoin transactions via the goTenna Mesh network without ever having a direct internet connection. This enhances transaction privacy and provides an alternative transaction channel when there’s a natural disaster or other type of outage that typically would leave Bitcoin users or merchants unable to operate. 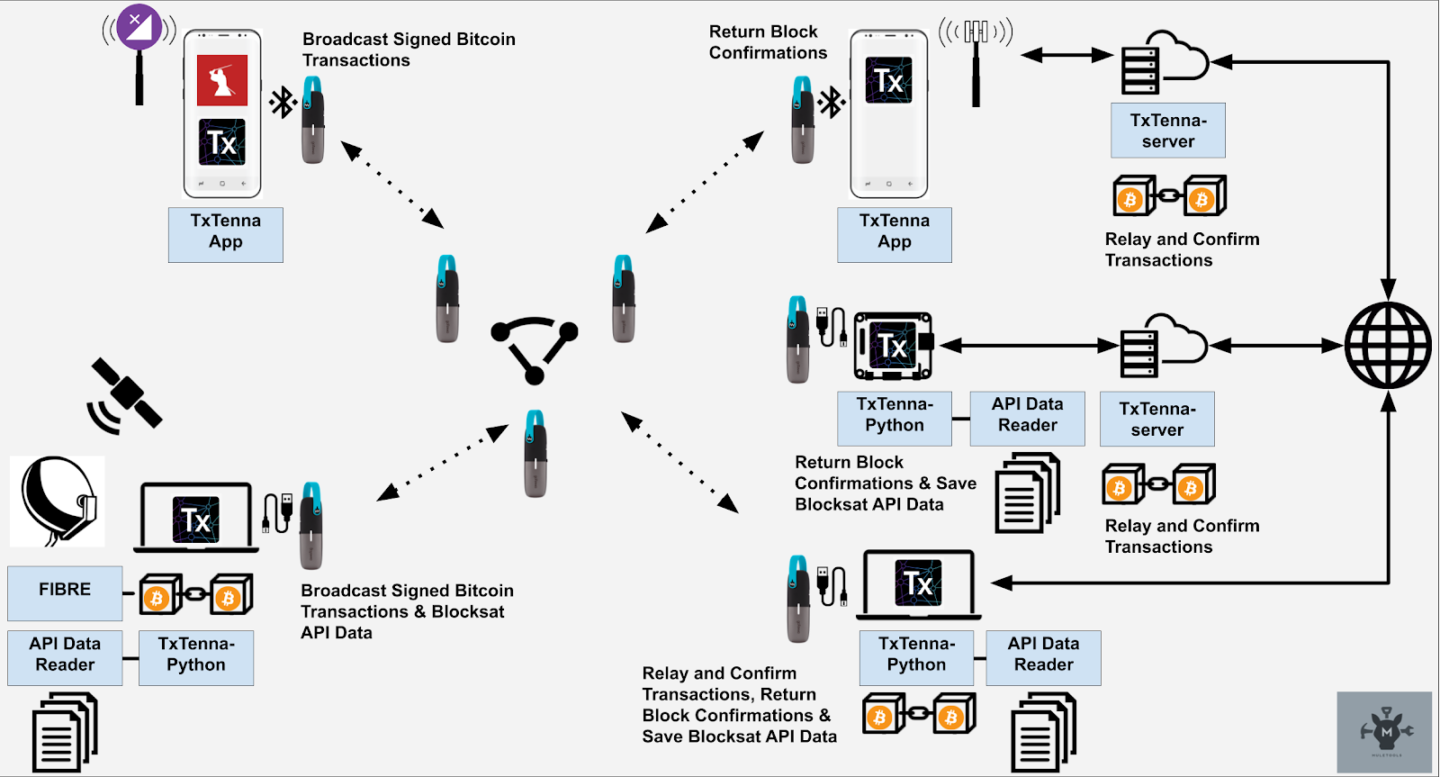 The new version of TxTenna-python also relays API data received from Blockstream satellites to nearby mesh nodes. With Blockstream’s API data system anyone with an internet connection can anonymously send encrypted messages via satellite to receivers almost anywhere on earth – all paid for by confidential micropayments using the Bitcoin Lightning Network. With TxTenna-python this API data is rebroadcast over the mesh network to computers without satellite receivers. In this way a single satellite receiver can provide uncensored information with a much larger group of people in a local area.

The TxTenna-python project is an example of how a gateway can join together two decentralized systems; a world spanning satellite broadcast network and a local mesh radio network. This combination provides reach, resiliency and privacy benefits that centralized services can not offer. A satellite gateway capable of sending arbitrary data makes it possible for mesh networks to communicate across mountains and oceans, while at the same time a mesh network connection expands the local reach of an off-grid satellite receiver and provides a resilient and private alternative communication link to the rest of the world.