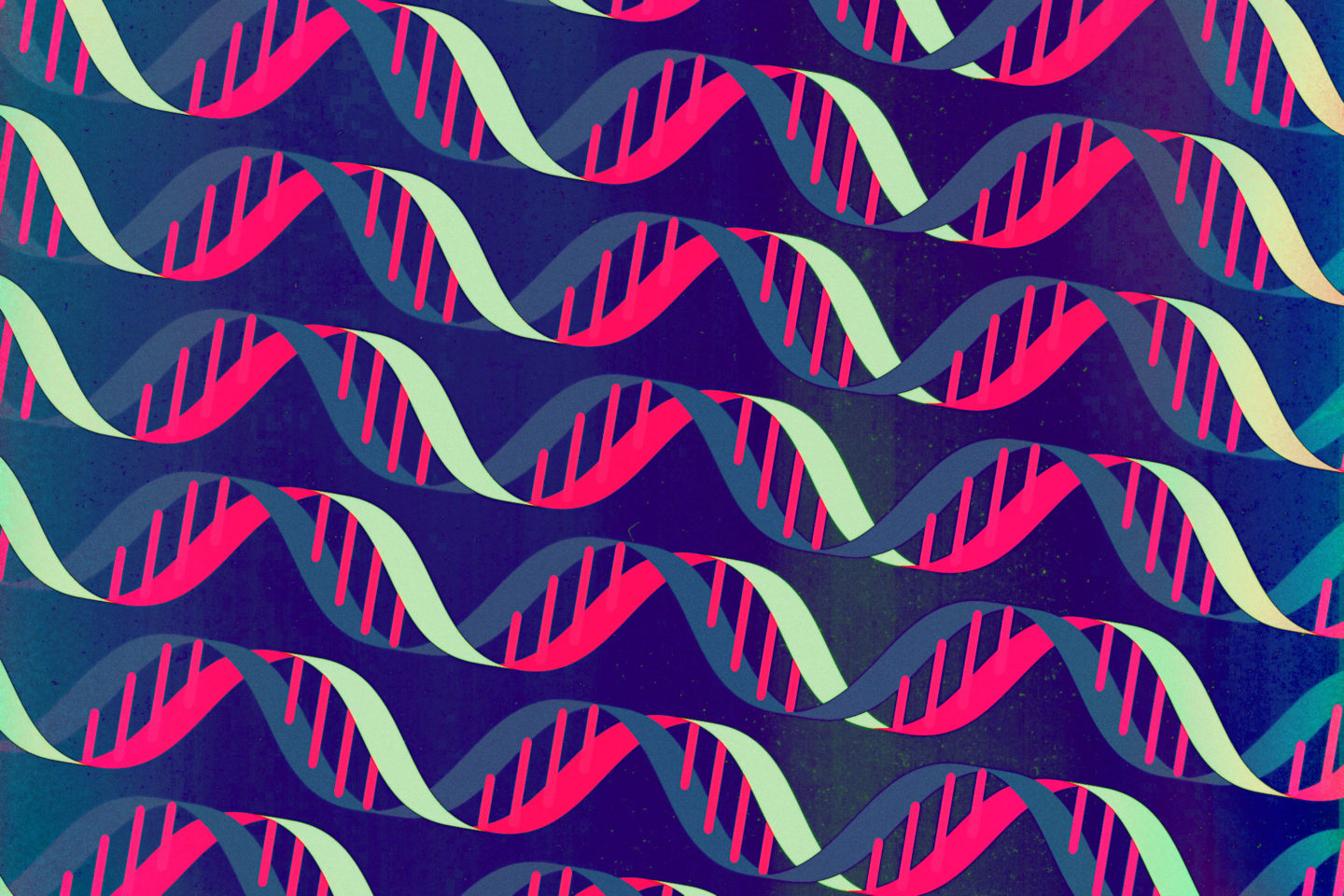 Decentralization in Disneyland with the Death Penalty

In the wake of calls to break up Big Tech, decentralized social networks deserve greater attention, but Humans.net has a ways to go to earn public trust

In a recent press release, New York-based, Russian-run Humans.net announced that it would begin a global rollout with its first international stop in Singapore this year. The relatively new decentralized social network aims to connect freelancers (or anyone looking to exchange “skills and services”) transparently via blockchain and proprietary AI technology. One of the biggest draws is its direct payment system – unlike other gig-economy platforms like Upwork and Fiverr, the company doesn’t take a cut of fees exchanged by companies and individuals, and claims that its revenue will come from advertising. In an interview with Bitcoinist, CEO and founder Vlad Dobrynin explained, “The Humans platform brokers meaningful social interaction and also shares revenue with users. Revenue is generated by advertisements and platform users are able to select which ad content is presented to them, that is made possible by machine learning algorithms.” However, one new feature sets Humans.net apart: DNA verification, which has yet to be explained by the company.

As major social networks come under fire for data misuse, surveillance breaches, community mismanagement, and breathtaking indifference toward privacy and security issues, Humans.net seems like a promising alternative for people who want to regain control of their online identities. The decentralization movement has gained momentum as consumers become increasingly concerned with how their data is used, stored, and potentially manipulated, and as a result, decentralized identity management has become a pressing issue as data leaks become an a regular part of digital life. Humans.net claims to have three core values: Control, Transparency, and Reward, all focusing on endowing the user with autonomy and value, packaged in a seemingly straightforward service without hidden fees or a freemium model.

This is rather different from the legacy professional networks that many of us are accustomed to, including everyone’s favorite grandpa, LinkedIn. Humans.net promotes itself as a one-stop shop for finding services, engaging said services, and making payment. Users that opt in to advertising get a chance to share in the revenue. Overall, Humans.net seems like a stark contrast to Upwork, Fiverr, and their related brethren, who have come under fire for high fees, invasive privacy concerns, exploitative practices and tone-deaf ad campaigns; there always seems to be some sort of catch for freelancers, whether it be a loss of dignity, dismal profit margins, or lack of accountability and stability critical to preceding generations of job-seekers. However, according to a press release, revenue is generated through the “Humans Promotion Engine…can analyze all sorts of activity and data shared by users with the platform, to allow companies or individuals… to deliver messages to ideal potential clients at the right time in the right place and in the right feed.” While Humans.net is clear about users’ data ownership, their opt-in advertising model still leads down a path to targeted advertising, which can be a privacy minefield.

Most interestingly, Humans.net has decided to roll out in a country with an ongoing trend of state centralization, which has become easier in past years with the adoption of SingPass – an online portal for citizens to access e-services across over 60 government agencies. And while Singapore has been an eager adopter of blockchain technology, especially in fintech, the zeitgeist favors using the language of decentralization without following through on a sociopolitical and systemic level. Singapore’s Urban Redevelopment Authority took a stab at decentralization in the early 1990s to address problems with public transport and traffic congestion, but implementation has been slow. Historically, Singapore has established patterns of decentralized institutions in the form of grassroots organizations like community centers and town councils, which have been effective in organizing cultural activities and civic programs, but not direct economic or political activities; even then, the People’s Association, which oversees these grassroots bodies, always toes the ruling party line. Giving its citizens control over their own data has never been one of Singapore’s strong suits, but Humans.net launching here could be the beginnings of a better standard for decentralized identity management, especially following the recent scandal in which sensitive medical information on HIV positive patients was stolen and leaked online. In the words of MIT Media Lab’s Gary Zhexi Zhang, “The prospect of decentralizing control does not absolve us of the hard work of politics, and blockchain has so far failed to transfer power to ‘We, the people’, whatever the white papers might claim.”

Dharma Sadisavan, a tech and privacy lawyer, walked us through Singapore’s Personal Data Protection Act, which applies to private organizations, but not government bodies, “So if the IMDA (Infocomm Media Development Authority) or the MAS (Monetary Authority of Singapore) or any stat board or any ministry wants your information, they can collect it.”  Sadasivan continued, “So regardless of how secure and decentralized Humans.net might be, if a situation develops that requires retrieving information from the company, the government has an avenue to do that. And even if users retain control over their personal data on the network, Humans.net has not explained how its DNA verification system works, namely how said DNA will be stored and protected. There are exemptions to the PDPA’s scope–there are rumored reports that there are government manuals providing guidance on personal data handling, but nobody I spoke to could confirm their existence.
Still, it’s tough to lie about your credentials on a distributed ledger, but DNA verification seems like overkill as a means of preventing fraud. Furthermore, blockchain isn’t a perfect solution, and exploiting validation processes is always possible with enough computing power. Sadasivan views Humans.net’s DNA verification as a novel feature: “Let’s say [there’s] a worst case scenario where there’s a breach, and your genetic information gets out, the question is, what kind of risk does a leak of that kind of data pose to you? In a practical sense… there aren’t that many ways that people can actually use it that could potentially harm you.” The most exploitable data, he says, is still by and large, passport information, personal data, and date or time-stamped photos – “that kind of data, which maybe has a less negative gut reaction, is actually exploited in a more practical sense… whereas you almost never see DNA being used for those kinds of purposes.”

Under the PDPA, Sadasivan explains, “as long as [a company is] holding on to the data, they actually have an obligation to keep it accurate… and if you keep it, you need to protect it. So if you don’t want to waste resources protecting data that you don’t need, then just get rid of it. But there’s no express right to erase or destroy that data, and if an individual asks an organization to do that, the organization doesn’t have to do that… so I guess if we try and apply that to the collection of DNA, the same rules apply.” This raises a plethora of unanswered questions about how exactly the company plans to collect and protect users’ DNA. If all it requires is a scanned copy of a bloodwork document, that isn’t any more secure than sending in a copy of your passport – in fact, as Sadasivan points out, DNA without supporting documentation isn’t all that useful: “In theory, I think it could be a useful way of ensuring that an identity isn’t a falsified identity, but in practice, I don’t know how it’s achievable, and in spite of all that, I still have that gut reaction that I don’t like the idea of disclosing my genetic information to someone else.”

Like privacy, decentralization also exists on a spectrum, and bringing a decentralized social network to a country like Singapore means making concessions to comply with local laws. On paper, Humans.net sounds like a breath of fresh air for freelance professionals, but there’s a troubling lack of transparency regarding its media outreach, its DNA verification system, and why this cutting-edge platform still allows you to sign up for Humans.net with your Facebook account. “Maybe,” muses Sadasivan, “Humans.net [will be] a good indicator of how much people value their genetic information. It’s also really an indicator of whether privacy regulation has any meaningful effect.” In a world where commercial DNA companies are eagerly monetizing users’ genetic information, perhaps the taboo is beginning to wane; while there are many DNA testing companies, and companies crowdsourcing user DNA for research, Humans.net stands out in its application of DNA to online identity management. Combined with its rather dystopian user ID system, how far off is Humans.net from evolving into something like China’s notorious Social Credit System?

What we do know is that Humans.net has been registered in Singapore since July 2016, under the name Humans Holdings Pte Ltd. One of its two shareholders is Terra Grand Holding – Terra’s sole shareholder, a South African national, is linked to Unitrust Capital Corp, a Russian company that specializes in offshore business registration and tax avoidance. Unitrust appeared prominently in the 2015 Panama Papers; accessing the International Consortium of Investigative Journalists’ Panama Papers site prompts a disclaimer reminding readers that many offshore shell companies do legitimate business. In light of these facts, perhaps Humans.net’s lack of transparency and external communication make a tad more sense, but whatever happens, users should have as much information as possible before giving up their literal flesh and blood in the name of digital data ownership.

At the time of publication, neither Humans.net nor its local trust, JTC Kensington, had responded to ITM.