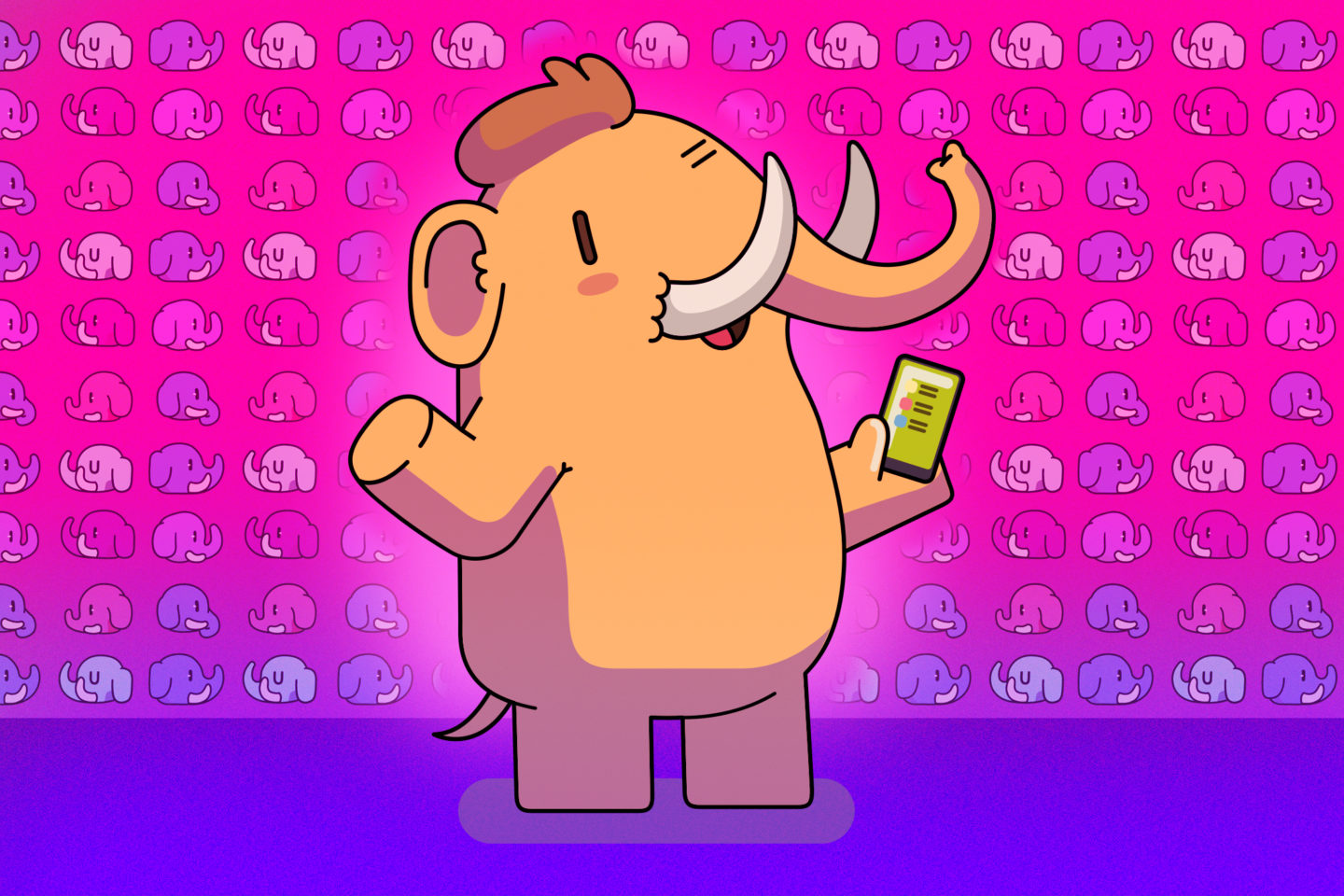 Twitter is one of a handful of online services — like Facebook or LinkedIn — that have become de rigueur for anyone who wants to prove they exist and do real, human stuff. These platforms are designed to accommodate as much of humanity they possibly can. They have no strong incentive to allow their users to coalesce into distinct communities, and unsurprisingly, offer no particularly inspiring tools to do so.

Twitter imposes its rules on everyone who uses the platform, but with 328 million users, it’s for Twitter employees to address the needs of every person on their site. The more a user diverges from the experiences and worldview of the small set of Californians who determine Twitter’s policies, the less likely that user’s needs are to receive serious consideration from the company.

It’s a digital analog to a Walmart that tries to be everything for everyone, except none of the aisles are labeled and the votive candles are stored next to the assless chaps. The result is exactly the kind of situation you’d expect when people who don’t like each other try to share the same space, but on a scale that baffles human comprehension.

There are other ways of structuring social networks that solve for some of Twitter’s problems. A federated service, for example, is a system that operates according to common protocol, rather than blanket policy issued by centralized authority. Federated systems empower independent groups to determine for themselves what kind of culture or subculture they want to foster. They allow people to wander from one community to another, leaving it to the communities themselves to set the terms of discourse and acceptable behavior.

A federated service is less like a giant monolithic store and more like a mall, with lots of different stores operated by independent groups. Skaters can hang out in the indoor skatepark, mainstreamers can have the Gap and Cinnabon, and health goths can stake out Lululemon and Dig Inn. No one group impinges on the ability of any other to operate as they see fit.

You may not realize it, but you probably use a federated internet service every day: email. Unlike a Twitter account, which can only send and receive messages from other Twitter accounts, your email account can send and receive email from services owned and operated by any number of different companies: Google, Yahoo, Yandex, QQMail, etc. Each email service provider has its own rules, but it can only apply these rules to its own users. No single email provider can dictate rules universally, but each service agrees to allow their users to send and receive email from people outside its specific jurisdiction (with some exceptions for spam and phishing protection).

Mastodon is an alternative social network, organized as a federated service. Much like email, every user on Mastodon has both a username and instance name that also happens to look like an email address, e.g. “@[email protected]” Users can remotely follow, fave and “boost” (retweet) updates from people on other “instances” (servers).

Anyone can set up their own Mastodon instance, and many have. There are currently several thousand instances on Mastodon, each hosting anywhere from a few users to a few thousand. This decentralized paradigm gives communities that would be marginal minorities on a centralized built-for-“everyone” platform the chance to be the majority of their own sovereign instance, free to adopt, amend or ignore any of the rules and norms set by other instances. (Imagine a mall where each store is also an embassy.)

Twitter produces the kind of situation you’d expect when people who don’t like each other try to share the same space, but on a scale that baffles human comprehension.”

The Mastodon project’s landing page even lets you browse for an instance to join based on how you identify yourself. Queer-identifying witches and friends can find their coven in witches.town, DJs can spin at djs.social and Star Trek LARPers can raise a toast of Romulan Ale at tenforward.social.

Speaking of Star Trek, the economics of the federation differ significantly from the situation on centralized social networks. Unlike Twitter’s advertising-based business model, the core Mastodon project is free, open-source code built and maintained by volunteers (some of whom have Patreon pages you can donate to, so they can focus on Mastodon full-time).

A neat side effect of this is that instance operators don’t have to your data to keep the instance afloat. Some Mastodon instances with low traffic might not need any funds to operate; others may have something close to a subscription model, or may even be collectively operated as a cooperative.

Another drawback of Twitter is its limited set of tools for users to determine what kinds of content they will view. One of the first things I did on Twitter in 2007, for example, was accidentally spoil an episode of Battlestar Galactica for my roommate. More seriously, many people on that platform have taken issue with the way it exposes users to triggering or anxiety-inducing content without warning. For the most part, Twitter has shrugged.

Mastodon, on the other hand, has adopted a “content warning” feature which lets you hide anything you might want to warn people about, and makes them click through the content warning to see your toot if they want to. (Oh yeah, what Twitter calls “tweets” Mastodon calls “toots.”) Much of the “fediverse” (the federated universe of all Mastodon instances) has adopted the no-Nazis policy set by mastodon.social and other large instances, a direct response to the unanswered issue of Nazis on Twitter. Each Mastodon instance makes space for its own set of eclectic characters, but some customs have spread across the decentralized virtual space.

Mastodon’s federated model has problems of its own, of course. An instance might suddenly disappear due to a botched server configuration (R.I.P. fart.social.) Finding your existing friends can be a Carmen San Diego-style hunt for the instance they’re on, and there is also the very real risk that surrounding yourself with people who already share your interests and opinions might make it harder for you to discover new points of view. Ultimately it is up to individual users to decide whether these disadvantages are worth the cost of remaining on unresponsive, centralized social platforms.

The big, centralized social networks may end up addressing some of their users’ grievances, though probably not until they have reason to believe users will jump ship. Federated alternatives like Mastodon, GNU social, or Diaspora allow people to jump ship, into new ships with like-minded crews. Not only are federated platforms better situated take advantage of the internet’s decentralized structure, they also show what’s possible when the users are in control.

David Huerta is a Digital Security Trainer at the Freedom of the Press Foundation. In addition to helping journalists not get hacked, he sometimes writes. Find him on Mastodon, or on Twitter @huertanix.