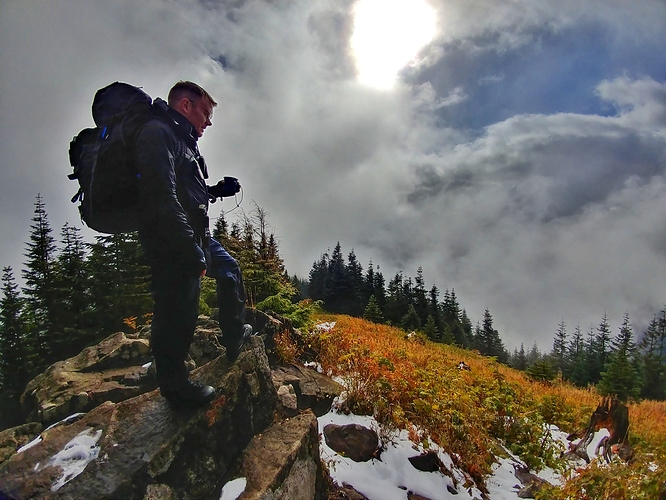 In August of 2017, a goTenna Mesh user named George Alex Ure II (aka @gua742) began an undertaking which he would come to refer to as his “magnum f***ing opus: the goTenna Mesh, Deploy Anywhere, Self Sustaining Repeater System.”

The DASS-RS, also known as the MOAN (Mother of All Nodes) consists of a solar panel that charges a 12-volt SLA battery powering a goTenna Mesh unit and a high-gain antenna to boost signal strength. The entire rig fits inside a hardshell case not much bigger than a lunchbox. You can see it in action in the video below:

Ure, a lifelong electronics and radio enthusiast, first began to modify goTenna devices about a year ago.

“I wanted to increase the range of the regular mesh units,” he says. “I got the idea to put on an external antenna that would effectively double or quadruple the effective power output and increase the receiving ability. Ideas are great, however without action nothing happens, so I just went for it.”

Ure estimates that the first MOAN took him two to three months of design, iteration and testing to bring to perfection, and cost him about $220 in parts. Fortunately for the rest of us, he documented much of his process, including hardware specifications, parts list, and design advice on the goTenna Mesh forums.

With its larger, more powerful antenna and built-in solar panel, the MOAN is a great stationary relay node that can dramatically improve the strength of any goTenna Mesh network that has one. By Ure’s estimation, outfitting a goTenna Mesh unit with a high gain antenna increases the device’s range by 200 percent, and provides better building penetration.

On the recommendation of fellow goTenna Mesh Community member @ShootAnyAngle, Ure made use of the line-of-sight mapping tool heywhatsthat.com to test the range of his new MOAN unit. The output is shown below:

Based in the Seattle area, Ure says he uses his MOAN for his own off-grid communications network, and to extend the effective range for other nearby goTenna users. “I wish I could put the MOAN up on the tallest building in Seattle and that would allow for some serious mesh networking!”

Ure runs a Facebook group and hosts Meetups for mesh users in the Seattle area. He is currently working on a project he calls Operation Mesh Network Parallel, an ambitious effort to provide mesh coverage for all of Seattle by placing MOAN units strategically throughout the city.

If you are in the Seattle area and want to help out, or if you would like to find out how to make your own MOAN and connect with other people who are building similar projects, join the conversation here.