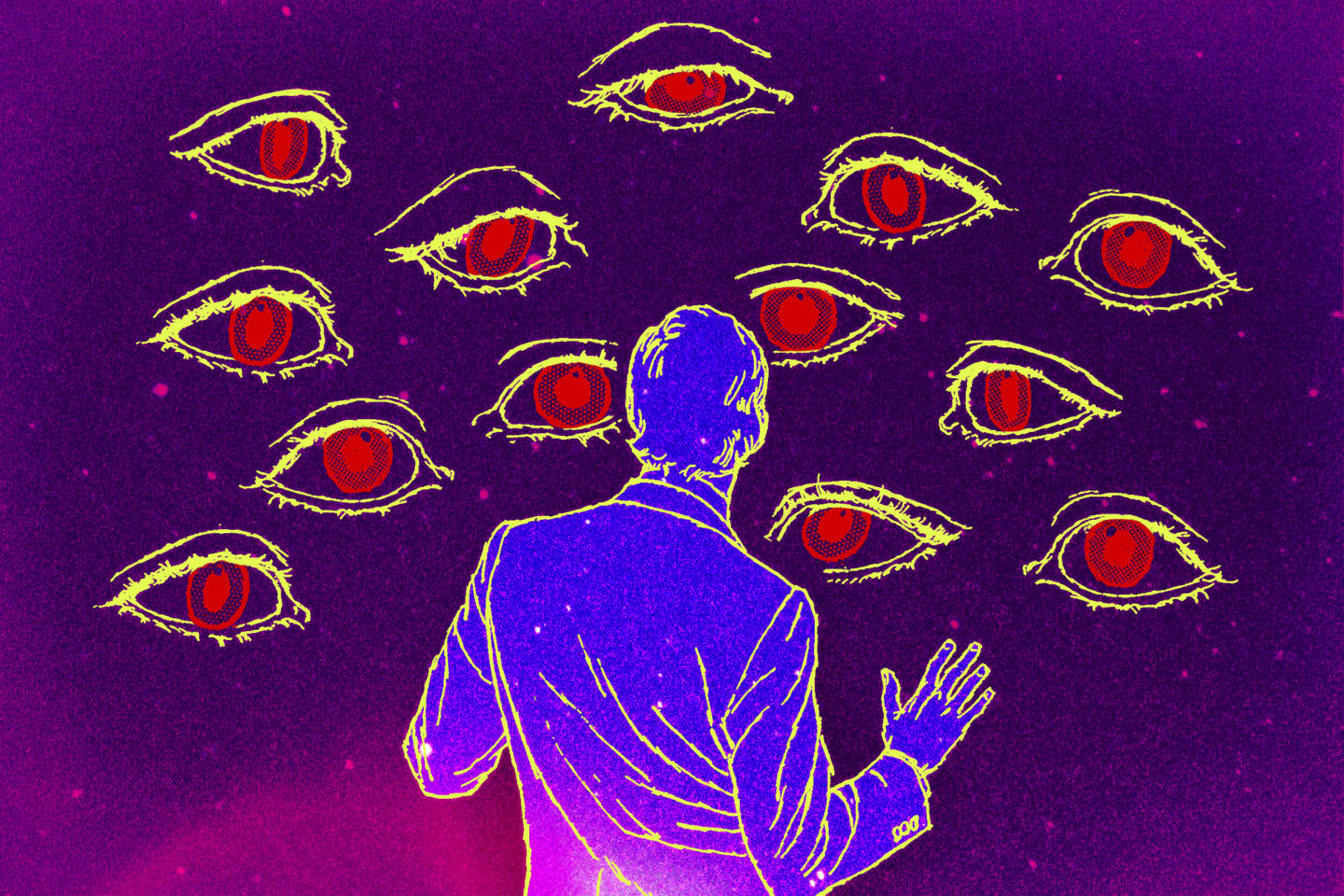 Over the last decade, sci-fi has become an inescapable cornerstone of modern entertainment. Two recent runaway TV successes are Charlie Booker’s “Black Mirror,” an anthology series made famous for its relentlessly bleak visions of alternate futures. In one of its most famous episodes, “Nosedive,” social data runs amok in a world where every interaction is recorded, rated, and factored into a score, viewable to everyone and used as a proxy for each person’s social value. There is also HBO’s “Westworld,” which offers up a straightforward exploration of our basest desires and the consequences of surrendering our inner selves to data-hungry corporations.

While immensely popular, these two shows are just the tip of the iceberg. Beyond the confines of network television and Ready Player One knockoffs, there is a rich, wide-ranging tradition of sci-fi that allows us to explore every facet of our own reality, giving us the cultural and conceptual vocabulary to examine how technology drives society.

Technology is constantly reshaping social paradigms as we move into a “reputation age,” in which our identities and behavior – online and off – can be used to determine our value and the opportunities available to us. These Big Brother-type trends are becoming more common around the world, from Singapore’s facial-recognition surveillance to the Chinese government’s social credit system – the latter can determine whether a citizen can board a plane, send their kids to private school, or buy property.

Sci-fi has always been an excellent bellwether of a technology’s soft effects. It provides a safe space to think through how tech impacts impact a person’s individuality and agency, whether that tech is a new invention, philosophy, or pattern of behavior. We’ve shaped so much of ourselves around science and technology, but as Carl Sagan once pointed out, we have also made them almost impossible to understand – a “clear prescription for disaster,” he said. Sci-fi is so heavily represented in consumer entertainment today, in part because — more than any other genre — sci-fi does the work of extrapolating thoughtful answers to the questions arising from our worst-case future scenarios.

A starting point for much of today’s sci-fi is how cavalier we’ve become about offering up our data — everything from our homes and cars to content about our personal lives and mental health — yet we have little to no control over where the data ends up or how it is used. Data forms a Lacanian mirror of our own identity, whose image is the basis for an industry of targeted marketing that many have called creepy and invasive.

If science fiction has taught us anything, it’s that people have limits.”

With wetware becoming more prevalent, we must also consider what it means to invite technology into our bodies. This could include anything from medical implants (such as removable insulin implants, or buprenoprhine implants for opioid addiction), body modifications, lab-grown or synthetic 3D-printed organs, DIY transhumanist subdermal mods, and corrective or cosmetic surgery. It seems inevitable that at some point, your biodata is going to be harvested, monitored, and potentially hacked, corrupted, ransomed, or leaked in a data breach.

There’s no clear and simple framework for discussing these complex and often frightening ideas, but sci-fi has embraced them in a big way. “Westworld” — which recently revealed a mesh networking angle — tries to imagine how AI will influence the ways that humans interact with one another. There’s also the iconic targeted-advertising scene from “Minority Report”, to “Futurama”, Blade Runner’s larger-than-life holographic ads, and William Gibson’s pioneering visions of the future.

Hannu Rajiniemi’s debut novel “The Quantum Thief” is a brilliant exploration of privacy that takes trust and anonymity to logical conclusions. Rajiniemi imagines a society of “perfect privacy” in the Martian city of Oubliette, which employs a cryptographic privacy system called “gevulot” to share information. Gevulot allows people to choose what information to reveal about themselves — it’s even possible to change one’s appearance to be just a blurry outline. There is one designated place in Oubliette that demands transparency — the agora, where “what happens… is remembered by everybody, accessible to everyone.” The data gathered in the agora is recorded in the Oubliette’s public data bank, which helps to shape city policy, as well as group psychology. In the agora “people change their behavior instinctively…backs straighten, and it as if everyone walks with exaggerated care.” (As the novel unfolds, we discover that the Oubliette’s “untouchable” public data has, of course, been corrupted.)

The increasingly complex countermeasures people must adopt to protect their privacy have created a new kind of everyday stress. Greg Bear explores the link between Big Data and Big Anxiety in his novels “Queen of Angels” and “Slant.” These books keenly diagnose the maladies that spring from a culture of constant connectedness, where over-sharing and hyper-efficiency are the norm. Everyone in these books suffers from a thymic imbalance rendering them “disAffected.” The population is divided into “therapied” and “untherapied,” creating a caste system with painful implications. “Corporations now demand high natural or fully therapied because of world-wide competition pressures and the need for greater efficiency.” Combined with the presence of Citizen Oversight – a far-reaching federal authority that consolidates data on every citizen – therapy in this world is a mandatory legal requirement, not a personal choice.

When I first read “Slant” as a teen, it was nothing short of thrilling. Now that many of Bear’s speculations are becoming reality, the thrill has morphed into something else entirely. For example: characters in the novel have intelligent “diagnostic toilets” that collect and test human waste for abnormalities, so no one can hide sickness. Today, in Japan, diagnostic toilet technology is real — people are literally crapping out data as fast as they take it in. We can now mine tampon blood for data to help infertility research. In 2018, even almost anything can be measured, monitored, and monetized.

Every person has become an informational goldmine, generating troves of information about their ambitions, hopes, fears, dietary preferences, sex fetishes, romantic problems, spending habits, brand loyalty, political leanings, and more. Sure, some of it is a little icky, but it’s not necessarily bad. It can be put to nefarious ends, but this data is also a godsend for sociologists, public health researchers, and trend forecasters.

“What-ifs” are at the very heart of science fiction — counterfactuals, thought-experiments, and all manner of half-baked hypotheses — often based on real technological or social developments. They allow both writer and reader to explore the ramifications of, and possibilities associated with the myriad ways our world is changing, and helps us map out our potential futures.

In the burgeoning Reputation Age, where data and surveillance become yardsticks by which we measure worth, will centralized data collection make it easier for governments and corporations to make value judgments on individuals? What would it look like for the pendulum to swing the other way? Can the growing momentum behind decentralized and distributed technologies help us avert these dystopian visions? Is another world possible? I have no idea, but on a personal level, science is fiction an unwavering light, leading the way.