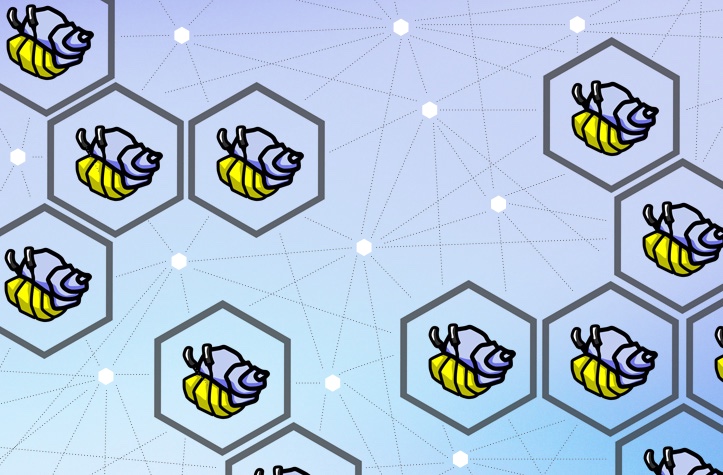 On July 15, 2014, I decided to delete my Facebook account. The social media behemoth had gone too far in using all our personal data for profit, psychological research, and crowd manipulation. I was done.

I wanted to take back what was mine and leave the platform, which meant downloading all of my data. But I was surprised to find that when I clicked the “Download” button on the settings page, all I got back was a copy of my profile page.

As a computer programmer, I knew that Facebook keeps users’ pictures, private conversations, lists of friends, likes, shares, locations, technical data about users’ devices, and much more, and stores it all in their data warehouses around the world. The vast majority of my personal data was missing. I took it anyway, and deleted my account.

A lot has changed since then, including how much you can take with you when you leave Facebook — though Facebook keeps that data and a lot more they still don’t let you download when you leave. With the revelations of the Cambridge Analytica scandal and the media circus that’s ensued in its subsequent fallout, many people outside the developer community have become aware of the scope of Facebook’s data collection practices.

I’m sure there was a time when feudal serfdom and colonial rule seemed ‘too big to quit’ as well.”

Our personal data is — to put it simply — used to create highly detailed Facebook advertising profiles. The company releases some information to law enforcement or academic researchers on an ad hoc basis, but keeps the bulk of the data for Facebook and Facebook only. Of course, unscrupulous firms like Cambridge Analytica are also able to access some users’ personal data by finding exploits in Facebook’s policies.

Long before the internet became an everyday tool for everyone in the developed world, minimalist sculptor Richard Serra suggested that if you aren’t paying for the product, you are the product. This is very obviously true in the case of Facebook, which collects data not to be creepy, but because it is profitable to do so. (Creepiness is just a byproduct.) In 2016, the company generated about $43 per user in the United States and Canada alone, and over $4 billion worldwide.

The biggest problem with Facebook is not the newsfeed, the algorithms or even the ads. It’s that Facebook considers its users’ accounts as part of the company’s private assets. Our data is acquired en masse, collected, and assembled in order to be monetized without regard for the interests of the people and communities from whom this data is harvested.

The public is starting to see the data practices of large tech companies for what they are: invasive, dehumanizing, and corrosive to the public conversations and civic institutions that form the bedrock of our social and political lives.

When the Cambridge Analytica news broke, major media organizations like The New York Times published a string of fatalistic pieces warning users that Facebook may have become “too big to quit.” Facebook controls so much of our online experiences, in one way or another, the argument goes, that attempting to leave the social media platform can prove catastrophic. (I’m sure there was a time when feudal serfdom and colonial rule seemed “too big to quit” as well.)

There is a kernel of truth to these kinds of warnings. Facebook exercises outsize control over our online behavior. We’ve become so accustomed to seeing “Sign in with Facebook” on registration forms and login screens that it barely registers an impression. And many people don’t realize Facebook directly owns platforms like Instagram or WhatsApp, which means those user accounts belong to Facebook, too. These seemingly innocuous interfaces have an insidious way of restricting our freedom in cyberspace. That’s the price of convenience, but for many of us that price has become too high.

The total number of active users on Facebook today is as large as the total number of people on the internet in 2011: 2.1 billion users. In other words, as many people as there were on the entire planet during World War II. Today, Facebook and Google refer over 70 percent of all web traffic, which is just one way they can collect users’ data.

Opt-in to Facebook and you give up important rights to have a say in how your personal data is used; opt-out of Facebook and potentially isolate yourself from your friends, family, professional opportunities and more. Since Facebook opened its gates to the public in 2008, billions of people have chosen the former. The network effect of all of these individual choices means, for many who would like to opt out today, the opportunity costs are simply too great.

If we can choose which medium to use when sharing our data, we can be active on a digital social network and independent from the privatized internet.”

We have a word for relationships you can’t afford to leave: coercion. Far too many people today are on Facebook not because they choose to be there, but because the company has consciously and deliberately created a platform that forces them to stay. As Margaret Thatcher used to say, “There is no alternative.”

A year ago I joined a group of programmers who are building a new type of social network, called Secure Scuttlebutt. It’s not a startup or even a nonprofit — it’s just open-source software that allows users to be in touch with their friends.

What makes Scuttlebutt unique is the simple idea that users should own and control all of their data. My Scuttlebutt account is not kept behind a login gate. It’s just stored locally on my computer, like any other file.

Because users own all of the files that make up Scuttlebutt, they can store their data anywhere. For example, I have 800 MB worth of data — that’s small enough to fit on a microSD card. This represents two years of status updates, friends’ status updates, contact information, photos, and what have you. As soon as I put the card into my phone, Scuttlebutt automatically updates and syncs with the new posts that my friends or I make. The user always owns their data — they can take it out and literally hold it in their hand — but this data is also dynamically linked in to the social network.

Let’s make our virtual selves as free as our physical selves.

One way we can do this is to embrace peer-to-peer protocols across the Internet. Scuttlebutt excels at this — your app talks to your friend’s app and asks for the latest. This is how it updates across the social network.

Because your data is always with you, Scuttlebutt allows you to share it in different ways. For instance, through a shared wifi network, you can transfer the latest news between two computers that are physically near one another. In the future, we will also enable Bluetooth transfer. This means it’s a social network that uses the internet, but it is not dependent on the internet.

If we continue to keep data locked up in cloud accounts, there is no future for the web. On the other hand, if we can choose which medium to use when sharing our data, we can be active on a digital social network and independent from the privatized internet. Let’s make a home for each digital being.

Setting up your own Scuttlebutt account is easy. Take a look at the video below, or visit their website for instructions on getting started.

A Scuttlebutt Love Story from zach on Vimeo.

Andre Staltz is a programmer who spends most of his time building transparent software. His passion is pulling ideas from the future and realizing them in the present. Follow him on Twitter @andrestaltz.